Home » Who We Are » History

*For a glimpse into the past workings of the Lamoille County Soil and Water Conservation District, click on the Booklet. 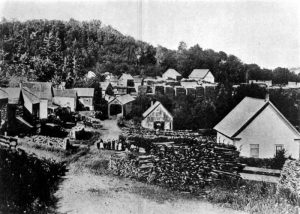 As our name has changed so has the functions we serve to our constituents, Lamoille County landowners. Over time, the greatest change has been in the use of land other than agricultural purposes. As a result, we have experienced a shift in the demographics of our constituents in Lamoille County. At our inception many, if not all, of our constituents were agricultural producers. In the past sixty years, our constituents now include towns, schools, businesses, private landowners, loggers, and diversified farmers. Our mission reflects our service to assist farmers, landowners, homeowners, and communities in conservation and the protection and improvement of natural resources. 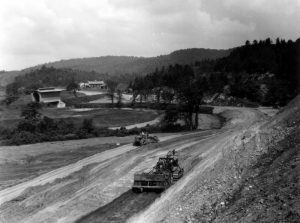 Lamoille County Conservation District is comprised of all the towns in Lamoille County which are Belvidere, Cambridge, Eden, Elmore, Hyde Park, Johnson, Morristown, Stowe, Waterville and Wolcott. The ten towns of Lamoille County have a total acreage of 304,000 acres. *Historical photos are found at the UVM Landscape Change Program with subject of the Lamoille River.

What are Natural Resources Conservation Districts? 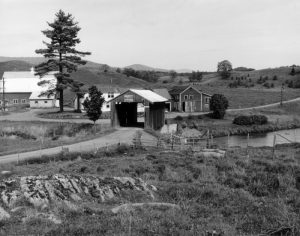 Natural Resources Conservation Districts (NRCDs) were created by the federal government in 1939 in response to the Dust Bowl to teach farmers about soil erosion control methods. Established through Congress with the Soil and Water Conservation Act in 1935, they are political subdivisions under state law. Ever present, Conservation Districts are still found in every state in the nation focused on protecting and conserving natural resources.

Initially, Conservation Districts served as a citizen’s branch of the U.S. Department of Agriculture Soil Conservation Service, now known as the

Natural Resources Conservation Service (NRCS). Presently, Conservation Districts exist in partnership with NRCS but function as non-profit municipalities that develop and implement programs for conservation and land management practices for the protection and improvement of soil and water resources. 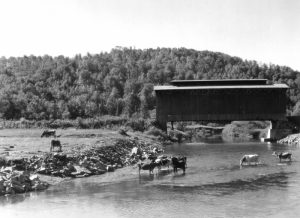 Districts work with land managers, local government agencies, and other local interests to address a broad spectrum of resource concerns: erosion control, flood prevention, water conservation and use, wetlands, ground water, water quality and quantity, non-point source pollution, forest land protection, wildlife, recreation, waste water management and community development. Such work varies according to the needs and resources of the districts. There are over 3,000 districts that cover 98 percent of the privately owned land in the fifty states, the District of Columbia, Puerto Rico, the Virgin Islands, the Northern Mariana Islands and Guam. For more information on the history and variety of programs available, visit the National Association of Conservation Districts web site.

The Vermont Association of Conservation Districts is a non-profit umbrella organization for Vermont NRCDs to assist and provide support for state-wide initiatives, policy development, and partner collaborations. The Vermont Association of Conservation Districts (VACD) also has a variety of programs available for landowners on a continual basis. Agricultural Resource Specialists and Land Treatment Planners are staffed throughout the state to assist farmers with Vermont’s Regulated Agricultural Practices.